Volunteers for League of Friends run the café at the General Hospital and through that, raise funds for much needed medical equipment and useful items that the Government of Jersey does not budget for.

‘I began volunteering as a way to get my Mum active after my Father died! We both started with League of Friends and Mum delivered flowers around the wards whilst I helped in the café’

‘I’m now in the café one afternoon a week, filling in if any others are not available, and take on shopping for stock. I’m also Honorary Secretary and get involved in the donation decision making process where we liaise with hospital officials and decide where the money is best spent’

‘ I get great pleasure out of meeting different people, though we do have our regulars and they all become part of our ‘team’. We laugh and converse with them, which makes our days fun and memorable too’

‘I have two very memorable moments – one was when League of Friends was awarded the Queen’s Award for Charities – we all went to Government House on that occasion, but my most lasting memory is when I received an MBE in 2017. Going to Buckingham Palace and meeting Prince William simply made my day!’

There is great pleasure in seeing the hospital’s and people’s needs met - but as I can’t afford things myself, I am satisfied that they are met through mine and others’ efforts in our League of Friends’

‘If you’d like to volunteer but think you won’t fit in or people won’t respect you – have no fear, we’re all friends here … just do it! 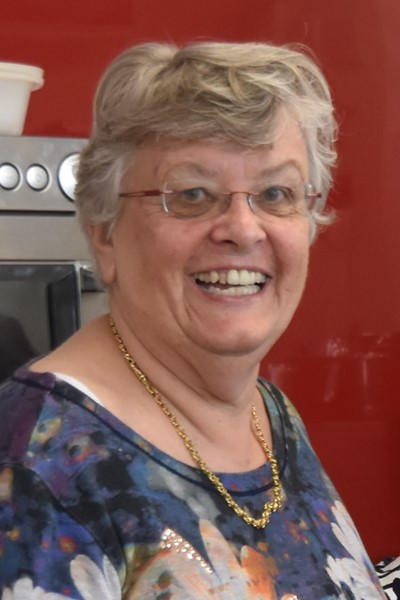