After a successful career in hairdressing and eventually owning her own salon Janet hung up her wash and blowdry life to retire.

‘When a friend mentioned that Jersey Hospice needed a resident hairdresser I decided to throw myself back in and volunteered for the task. By this time I was also organising quiz nights, petanque in St Brelade’s, and collecting donations for a smaller charity - The Esperado Children’s Haven - but I made the two volunteer roles work alongside each other.’

Now at 72 years young, Janet pops in to Jersey Hospice to tidy up the heads of residents. ‘Residents can be going through challenging times and a bit of pampering is good for them. Relationships that grow can be close and conversations often personal, but I'm a good listener - I feel that I’m doing more than simply styling!  Sometimes they leave us - and that’s sad but it is the way it is.’ 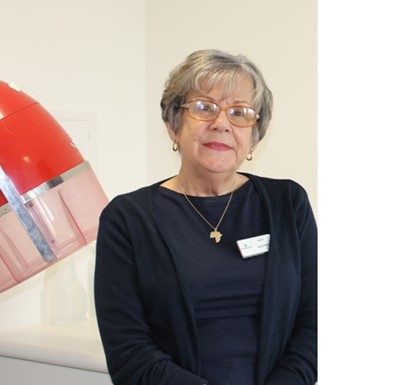